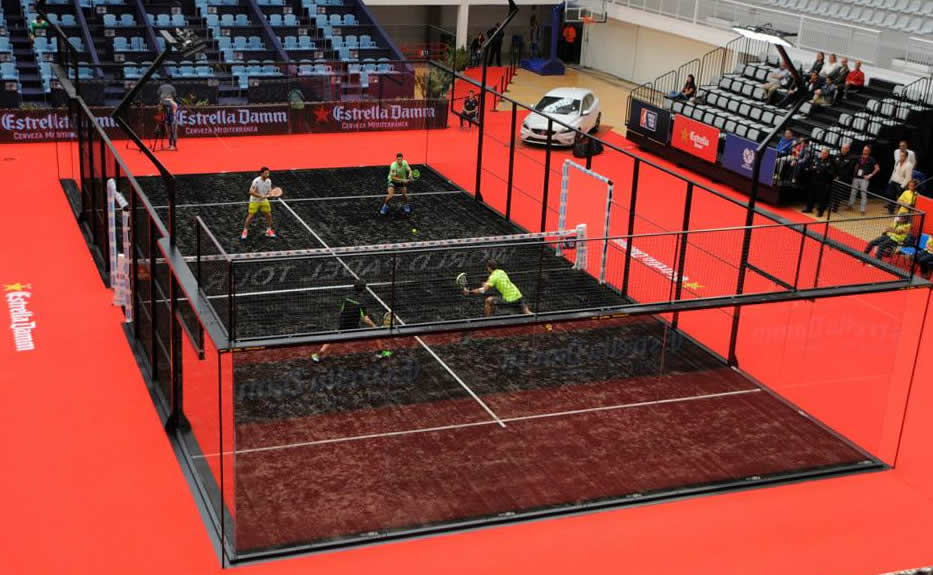 The game of Padel or Padel Tennis is played widely across the world, in 2011 predominantly played by Spanish Natives.

Padel can be referred to as squash in the sun, or tennis with a wall - This unknown sport has become most popular in nations such as Spain where eight million people play at least once a month, and 2 million in Argentina – Padel courts are arising all over Europe.

Bringing together a combination of the best assets of other racquet sports such as tennis, racquetball and squash. Played on a court roughly half to that of a tennis court, the playing area is enclosed at either end using ‘glass’, which in turn is helping to raise its popularity as a spectator sport.  The two walled, or glass paneled ends are brought together by wire mesh which completes the padel court enclosure, but the uniqueness of the game enables players to use the surrounding walls that make up the court to return the ball, hence the comparisons to squash and tennis.  The low entry level, various levels and various techniques make it a game being played by people of all ages.

Children enjoy playing, as it is easy to learn, promotes teamwork, whilst improving their hand-eye coordination.  It is a family game – men and women, and youth can compete together without physical strength being the sole determinate of the winner.  From our experience all new players to the game, of all ages, will find it an easier and less demanding introduction to a new and exciting, fast growing sport, however for those more advanced converts from tennis or squash, Padel can be equally demanding as it requires new skills and disciplines that sets it apart from other racquet sports.

Passion and confidence in the sport has ignited the formation of several Padel Federations throughout the world and the International Padel Federation (Federation Internacional de Padel - FIP) has hosted The World Padel Championships since 2006. The game was professionalised in early 2006 by the Padel Pro Tour hosting tournaments for the top ranked players. In 2013 a new professional tour has arrised named the World Padel Tour – The sport has proved to be revolutionary, successful, profitable, affordable, enjoyable, and overall an entertaining game.